3 Styles Of Neckwear And The Presidents That Loved Them 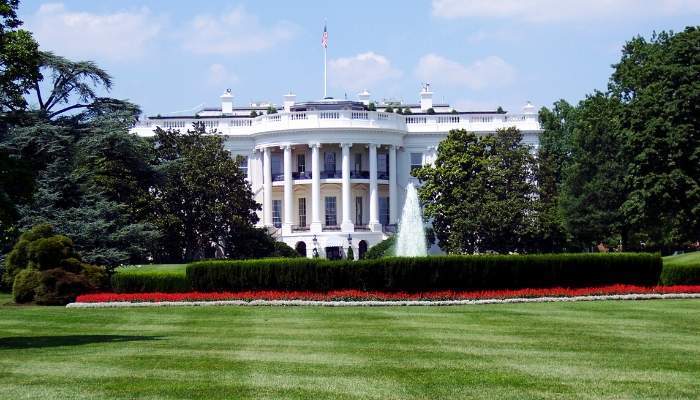 We all know that clothes don’t make the man, but they can certainly help form the legend. If the neckwear choices of our nation’s 44 presidents are any indication, than the most powerful men in the United States have known this to be true for quite some time. Still, some stars outshine the rest, and this holds true for wide variety of neck wear styles employed by presidents past and president. Here are three presidents whose political platforms must have certainly included super fly neckwear. 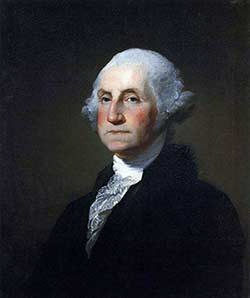 The cravat is widely considered the fore father of the modern necktie, so it’s fitting that one of our nation’s founding fathers wore one so well. Few people would take a cravat wearing politician too seriously now, but in the age of powdered wigs and pantaloons, one of these things affixed to your neck made you a power player.

Washington was famously demur when elected the first president, and his sloppily ruffled cravat speaks to a cool, “devil may care” attitude beneath his veneer of stateliness. Basically, if George Washington would have grown up now, he would have worn tight chinos, listened to LCD Soundsystem and rode a fixed gear bicycle.

Most actual scholarship on George Washington has drawn the exact opposite conclusions about his personality and presidency but I’m not affiliated with any university nor bound by a cadre of academics who take my writing seriously. Regardless of the truth about his persona, the guy did win the American Revolution and artfully navigate the Whisky Rebellion all while wearing false teeth. Thus, his neckwear deserves to be mentioned among the executive branch’s best. 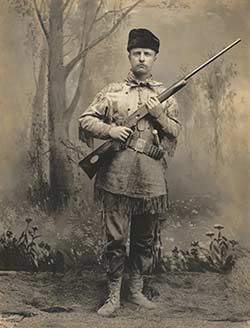 Teddy Roosevelt was born a sickly kid to a rich New York City family and wouldn’t have had to do an hour of hard labor in life if didn’t want to. But, little Teddy was a tad self conscious about this and he worked tirelessly to cultivate a new image of himself as a rugged, self-reliant frontiersman in the “untamed” West.

Moving to his ranch in the Badlands after becoming disillusioned with party politics, the young Teddy proceeded to do a lot of really manly frontier stuff like hike up mountains and shoot bears. He also dressed the part, as this photo of him in all his buck-skinned glory demonstrates. One often overlooked but essential component of this ensemble is his bandana. And while a bandana isn’t neckwear in the strictest sense, he did wear his around his neck so we’re counting it.

While this particular photo was taken in a New York portrait studio, making it the late-19th century equivalent of a selfie, President Roosevelt did walk the walk when it came to his professed love of nature. He set aside more federal land for national forests, parks and wildlife refuges than all prior presidents combined. His contributions to neckwear in the oval office go beyond his cool bandana too. Roosevelt was the first president to be depicted wearing what we would consider a modern long necktie in his presidential portrait. 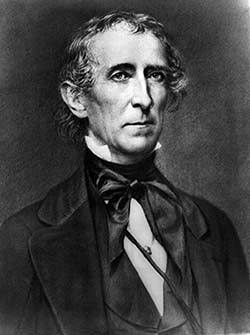 Let’s be honest, John Tyler’s four years (1841-1845) as president aren’t exactly high up there on the memorable scale. If I were basing my analysis on presidential achievements, John Tyler’s name wouldn’t even be uttered in the same paragraph as the two other iconic commander-in-chiefs on this list. Apart from a couple historians just trying to sell books, this guy’s consistently appraised as one of the worst of all time. The only reason he got the job in the first place was because a decrepit and coatless William Henry Harrison dropped dead of pneumonia shortly after blabbering on for almost two hours at his rainy inaugural. He did play a major role in the annexation of Texas but whether that was a good move or not is still up for debate (just kidding, Texas).

Alas, I will again repeat that this list has nothing to do with actual effectiveness in office. Deal with it. Because, despite his tremendous failures as both a person and chief executive, this dude rocked a floppy bow tie and he rocked it well. The floppy is widely considered an 1860’s fashion and the original JT was sporting one while driving carriages and lighting gas lamps all the way back in the 1840s. Was President Tyler a visionary when it came to race relations, economic reform and the rights of indigenous peoples? The answer is a resounding no. What about when it came to men’s fashion? Well, the answer, as his proud floppy bow ties attests, must certainly be yes.