When a young man joins a fraternity, such as Kappa Sigma, it's common for him to want to fully immerse himself in the group's culture and history. One of the easiest ways to do this is to dress the part of a fraternity brethren. Most frats have t-shirts, hats and other casual wear that are frequently sported by members. But sometimes it's important to execute a more sophisticated look. In this case, a Kappa Sigma tie or bow tie may be just what you're looking for.

With more than 240,000 past and current members, Kappa Sigma (also called Kappa Sig) is one of the leading American fraternities in terms of members, community service and philanthropy. While the United States' version of the group started in 1896, it has roots that can be traced back to Italy in the early 1400s. Today, most Kappa Sigs are based out of the United States and Canada.

Many Kappa Sigma members have gone on to contribute great things to society. Eight members went on to become U.S. governors. Dozens have served as CEOs and prominent business men, leading such companies as Hewlett Packard, Intel and Turner Broadcasting. Sig Eps have also made countless contributions to popular arts and entertainment. Musician Jimmy Buffett, actor Robert Redford and cartoonist Mort Walker are just a few of the group's members who have gone on to make their mark on American culture.

The official badge of Kappa Sigma is the star and crescent. While the exact meaning of this imagery has gained several different interpretations over the years, it is still a great source of pride for members:

"The star and crescent shall not be worn by every man, but only by him who is worthy to wear it. He must be a gentleman... a man of honor and courage... a man of zeal, yet humble... an intelligent man... a man of truth... one who tempers action with wisdom and, above all else, one who walks in the light of God."

Each Kappa Sig chapter must adhere to strict anti-hazing policies. Those who participate in hazing run the risk of being stripped of the privilege of wearing the star and crescent.

The official colors of Kappa Sigma are scarlet, white and emerald green. These colors are proudly worn by many of the fraternity's members in the form of ties, pocket squares and other accessories. Check out Tiemart's selection of men's accessories featuring the official Kappa Sig colors, and make sure you're ready to proudly represent your affiliation with the group! 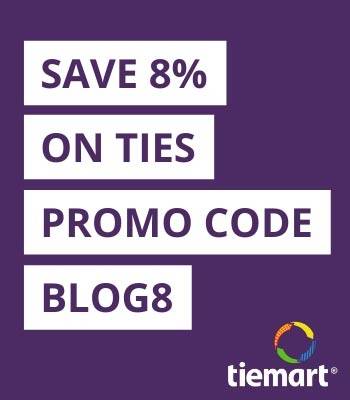