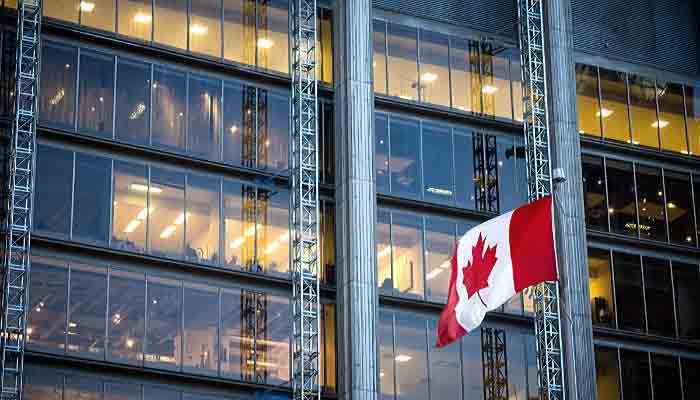 Canada is fairly similar to most Western countries in terms of overall business etiquette. However, its uniqueness comes from the fact that there are two official languages – English and French – spoken within its borders. This dual-language system makes for a relatively diverse set of rules for interacting in a professional setting.

As it is in most of the Western world, men should wear conservative suits that include a button-up shirt, and a tie that matches the shirt or jacket. Women are expected to wear business-appropriate dresses and pant suits. It is common for both men and women to dress more casually as the business relationship matures. Furthermore, accessories should be minimal for both sexes and women should stay away from wearing overly revealing clothing. It is also important to note that, due to being strongly connected to their French heritage, citizens of Quebec tend to dress in a more relaxed, European style.

Keep in mind that Canada can get very cold in the winter months, so dressing appropriately for the weather is an absolute must. Clothing made of warmer materials like wool and cotton are the best options.

The residents of The Maritimes (Nova Scotia, Newfoundland, Prince Edward Island, and New Brunswick) tend to be more reserved and old-fashioned. This area has drawn comparisons to Ireland and western England and is thought of as one of the least prosperous regions of Canada.

Ontario, with Toronto as its cultural and provincial capital, is one of the most westernized and developed regions of Canada. Its residents tend to be more business savvy and conservative, much like those that live in the large metropolitan areas of the United States.

Residents of western Canada (Alberta, Manitoba, and Saskatchewan) are known as a more friendly and relaxed people. They are often compared to their neighbors directly to the south in the western United States.

British Columbia is considered to be the most progressive and unconventional region of Canada. Residents of British Columbia are not unlike those on the west coast of the United States in that they feel somewhat disconnected with the eastern half of the country.

The northernmost residents of Canada (Northwest Territories, Nunavut, and Yukon) are few and far between but are seen as the embodiment of Canada’s rough and rugged nature.

The province of Quebec stands out the most because its official language is French. Citizens of Quebec (referred to as Quebecois). Residents here are very attached to their French heritage and it is very important to be respectful of their nationalistic tendencies when visiting. Learning at least a minimal amount of French before visiting is highly recommended.

Once again, it is important to distinguish between what business etiquette is commonly practiced in both the English and French speaking regions of Canada.

Common accepted greetings are vastly different between the English and French speaking populations of Canada. Greetings in the English speaking regions are not too dissimilar to those commonly practiced in the United States. A normal, firm handshake accompanied by short, direct eye contact and a sincere smile works best with the English speakers.

While most English speakers in Canada value their personal space, French speakers will frequently deliver a kiss on the cheek when greeting someone, even for the first time. While it is not necessarily expected that a foreigner return a kiss, it is important to be aware of this custom and to not be caught off guard. Business cards are typically exchanged immediately following the initial introduction in both the English and French speaking regions. However, those conducting business with French speakers should come prepared with business cards that offer both an English and French translation

Aside from the obvious, there are a few differences in conversation style between the French speaking and English speaking areas of Canada. Although, it is important to note that an English speaker should take the time to learn a few French phrases before meeting with a native French speaker. Being able to speak with someone in their native tongue, even if it is just a few phrases, goes a long way to show respect for their culture.

In the English speaking regions of Canada, citizens tend to value a polite, friendly and informal conversation style. It is especially important to note that, in the Canadian business world, a pragmatic communication style that relies on common sense is preferred. Openly disagreeing with someone during a conversation is acceptable as long as it is done in a respectful, diplomatic manner. English speakers typically do not expect to be addressed by any certain title and usually begin interacting on a first name basis relatively quickly.

Canadians, as a whole, typically prefer meetings that are well-organized and punctual while still being somewhat laidback. They usually expect solid facts and figures to back up any claims during meetings.

There are a few key differences in proper dining etiquette between the English and French speaking areas of Canada. Dining in Quebec tends to be a slightly more formal experience, whereas table manners are relatively relaxed and informal throughout the rest of Canada.

When arriving at the restaurant, guests should wait to be shown their seat and wait to begin eating until the host starts. In all regions of Canada, Continental table manners are normally the standard, although American style table manners are prevalent throughout various parts of the country. In Quebec, it is appropriate to call the waiter or waitress by “Monsieur” or “Mademoiselle.”

It is very important that the topic of conversation does not involve the relationship between the French and English speaking populations of Canada. Canadians are also averse to being compared to the United States.

TieMart is an online retailer of men’s neckties, bow ties and other accessories. A wide selection of pattern ties are available at TieMart, including popular paisley ties for weddings, traditional plaid ties for the office and collegiate two-color striped ties for graduation or school uniforms. We have something to suit all your business travel attire needs. And, yes, if you really want to put your face on a tie, it’s possible with a custom photo tie. TieMart ties are affordable and ship quickly from their Midwest location.