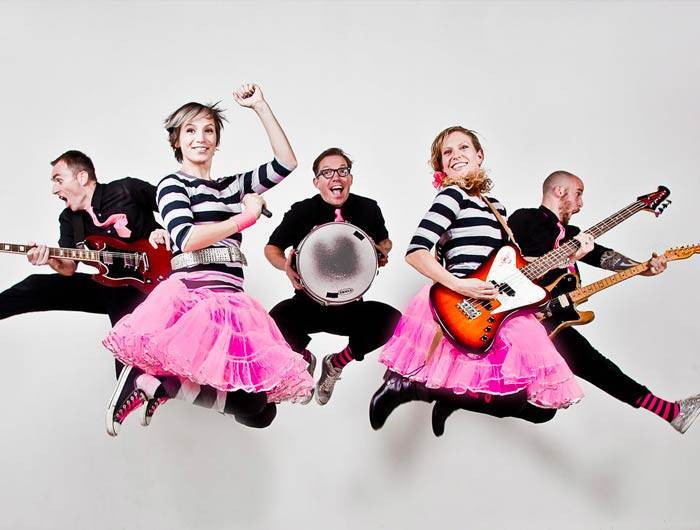 Think of a children's song. Most of us are probably thinking classic tunes like Wheels On The Bus, Old MacDonald, Itsy Bitsy Spider. But that's not quite the style of TieMart customer The Not-Its!.

The Not-Its! are a Seattle-based kindie rock quintet. And they want to be a child's first rock show experience.

Don't worry. The only advisory on this band's albums is that it's listened to under the supervision of children.

With titles like Done With The Science Fair, Don't Fear The Dentist, The Battle of Curriculum Night and Granddad Is A Spy, it's safe to say their music is catchy—for kids and their parents. (Take a listen over on their website.)

Catch The Not-Its! on tour around Washington state and the East Coast in August. But first, they're heading to China! The quintet will be performing five concerts in Chengdu, China July 20-21, 2019.

TieMart is an online retailer of men’s neckties, bow ties, pocket squares, socks and other clothing pieces. With an extensive range of products, TieMart stays on top of the latest fashion trends in men’s clothing. Shop TieMart for everyday basics and bold trends in men’s accessories.