How To Tie A Pratt Knot 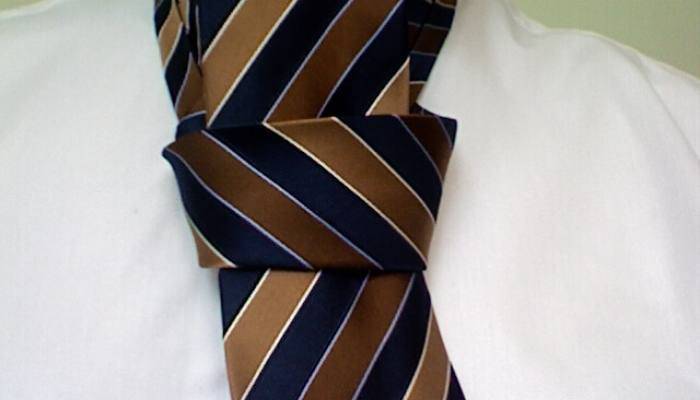 The pratt is another basic, easy to master knot that is a great alternative to the four-in-hand if you’re looking for something a little different. The unique thing about the pratt knot is that you start the tying process with the tie inside out.

It’s at home in both formal and semi-formal settings, making the pratt truly a jack-of-all trades.

In this video, I'm going to be showing you how to tie a tie into the pratt knot. I've also included a step-by-step guide with pictures below. Once you master this knot, we can move on to How to Tie a Tie: The Half Windsor Knot.

How To Tie A Pratt Knot

Alright, now it’s time to step up to the plate and give it a try. Follow these steps closely and, at the very least, you should end up with something resembling a pratt knot.

See? That wasn’t so bad! The pratt isn’t the most demanding knot out there but, like anything, practice makes perfect. Once you’ve perfected the pratt you can move on to how to tie the half windsor knot.

When Should I Wear A Pratt Knot?

Pratt knots are versatile and appropriate for any number of occasions—from a casual cocktail outing to a more formal business meeting. It’s a relatively easy knot to master, which also makes it popular, especially with inexperienced tie wearers. Still, whether a rookie or an old pro, the pratt is one knot every man should have in their tool box.

The pratt method is a variation of both the Windsor knot and the lesser-known nicky. When tied correctly, it produces a symmetrical knot of medium thickness.

As a medium-sized knot, the pratt is particularly at home on men with moderately sized faces. It uses less length than other knots like the windsor, which makes it a good option for taller men or shorter ties.

The pratt also pairs nicely with just about any type of shirt collar, especially button down and spread collars.

History Of The Pratt Knot

The pratt knot’s history is a fairly recent one when compared to the longer histories of other knot types. The “invention” of the pratt is credited to US Chamber of Commerce employee Jerry Pratt. Pratt had been wearing the knot that now bears his name for some 20 years before it became popular in the 1980s.

Its breakthrough occurred when well-known TV news anchorman Don Shelby wore the knot on air. At first, he was mistakenly recognized as the knot’s creator, causing some to still refer to it as the shelby knot to this day.

In reality, a knot similar to the Pratt had been popular with Milanese tailors since the 1920s, mostly because it’s an easy knot to tie on a mannequin.