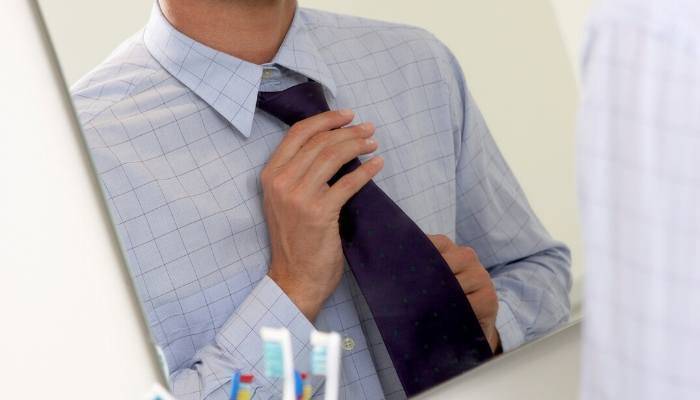 Not Just A Knot

There are many different kinds of shirt collars and just as many ways to tie a tie. How should you pair them? Should you just use the classic four-in-hand for everything, or dabble in the dangerous world of Windsors? Let's take a look:

First of all, this advice assumes a person of average size. Big and/or tall men and men with wide necks are a bit more limited in their tie-knot choices, unless they invest in extra long ties. More complicated knots require you to use more of the tie. Without that extra length, a tie will appear comically short if you have a wide neck or long frame. So if you are big or tall, look for extra long ties or choose shirt collars that are appropriate for small knots like the four-in-hand or the Albert (which is like a four-in-hand with one extra turn around the tie before looping it through). 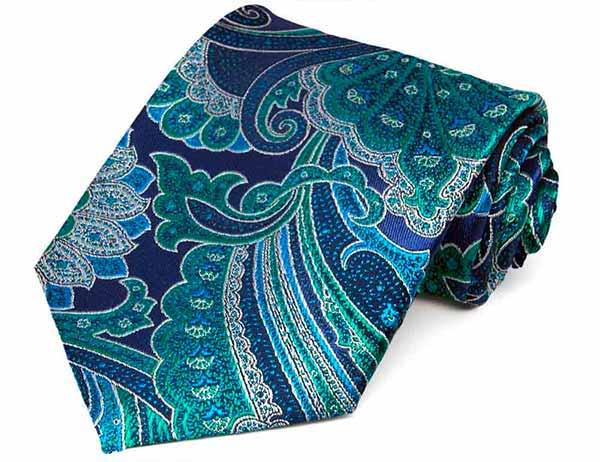 Beyond this there are two things to consider for matching shirt collars to tie knots: The type of collar and its width. We will briefly describe some of the more common knots and collar types and then offer some advice about how to pair them.

The first thing to note here is that each basic type of knot has several names. This can get confusing:

Prince Albert knot and double knot are the same. It is just like the four-in-hand but with one extra turn before the up under and through part. This makes for a somewhat wider knot than the four-in-hand.

The Half Windsor knot is sometimes called a single Windsor. It is a slightly more complex knot that resembles a double knot with one unusual loop (up and over the knot in between the tie and the neck, instead of a turn over the hanging small part of the tie) and has two named variants. The mirror image of a Half Windsor is called a St. Andrew knot. There is also a variation of the Half Windsor that starts with the tie upside down that is called a Pratt or Shelby knot. Check out our guide detailing how to tie a Half Windsor knot.

Button Down Collar: The classic dress shirt collar, with a button on each corner that attaches to the shirt.

Pinned Collar: Collars designed to have a pin stretch from one collar to the other. Sometimes called an "eyelet" collar.

Spread Collar: Collars that emphasize the edge of the collar—the 'spread' in which the tie knot sits—and the angle formed by the point where the upper edge of the collar meets the top button of the shirt. There is a lot of variation in spread collars, from narrow to very wide.

Straight Point Collar: A bit longer than a spread collar. It emphasizes the point of the collar as opposed to the edge.

Cutaway Collar: A cutaway collar is a spread collar that is cut in such a way to dramatically expose the top of the shirt, and thus the knot of the tie.

Traditionally, one pairs a larger knot with a wider, more horizontal collar (especially in the case of cutaways) and pairs a narrower knot with a narrower or more vertical collar, like a button-down or straight point.

This holds true with few exceptions when it comes to narrow, vertical collars. A thick knot looks silly crunched in a narrow collar. Recently, however, some have started to favor skinny knots with wide collars. We have seen the influence of Prince Charles cited several times here. He has been seen pairing a four-in-hand with a cutaway on more than one occasion. Pairing a narrow knot with a wide collar only works with a thick tie, however. With a thinner tie, go with a Half Windsor or Full Windsor (or at least a double knot) for a wide spread or cutaway collar.

Four-in-hands and Half Windsors are preferred ties for pinned collars. Few, if any, use a Full Windsor for them.

TieMart is an online retailer of men’s neckties, bow ties and other accessories. A wide selection of pattern ties are available at TieMart, including popular paisley ties for weddings, traditional plaid ties for the office and collegiate two-color striped ties for graduation or school uniforms. And, yes, if you really want to put your face on a tie, it’s possible with a custom photo tie. TieMart ties are affordable and ship quickly from their Midwest location.