Neckwear of the World 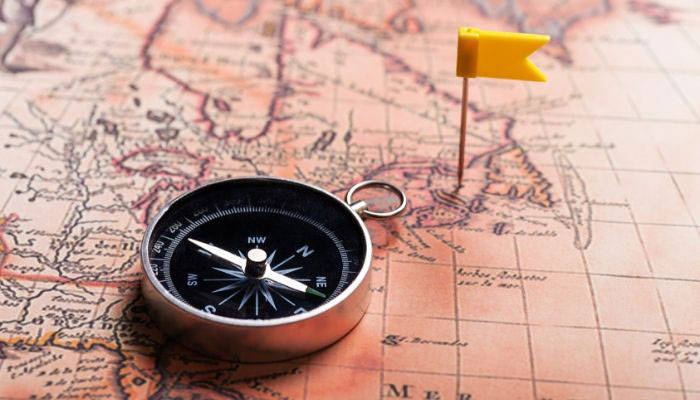 When it comes to different types of neckwear, it's easy to list neckties and bow ties and feel like we've covered all of our bases. In reality, those are just the types of neckwear we're most familiar with.

The world has many cultures, each with their own sense of fashion, including taste in neck accessories. We’ve listed some interesting examples below.

Though its true origin is debated, the bolo tie is commonly associated with the cowboy Bolo Tie of the Old West. Bolo ties typically thrived with particular trends like the United Kingdom’s Teddy Boys where they were paired with retro-style clothes. In the United States, they were popular in the late ‘80s with the arrival of rockabilly culture. 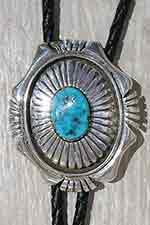 While it may not be as popular as it once was, the bolo still plays a role in modern fashion, most notably in the southwestern United States where it has been named the official neckwear of several states.

For Mayan men, fashion included a wide range of options, from stereotypical golden disc earrings to the painful-sounding process of filing their teeth into points.

On a more simple level, however, they were also very fond of necklace. Since they did not have much in the way of metalworking skills, the jewelry was often made of teeth from animals or bird feathers. 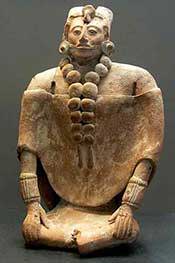 Mayan men were more likely to wear jewelry than the women.

Interestingly, jewelry was largely worn by the men, with women and children wearing less extravagant pieces.

The semi-nomadic Maasai use colorful beaded necklaces as part of their fashion, creating a variety Maasai Neckwear of garments which include large necklaces. Part fashion statement, part social status, the jewelry can signify many different things about the wearer including their wealth or even their marital status. 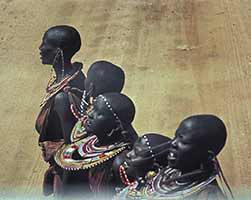 The tribe originally used whatever was available to them, like clay or even bones, to make their jewelry. After they began trading with Europeans, however, they quickly switched to colorful glass beads as their main material.

Originally a Polynesian sign of affection, the lei has largely become associated with Hawaiian culture in today’s society. The state even dedicates May 1 to the garment. 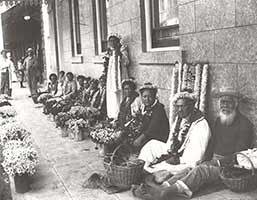 The lei is a symbol of Polynesian culture.

Traditionally made of flowers and other plants, leis can be used for a variety of purposes. Tourists are commonly adorned with leis upon arriving in Hawaii, but they are also given as goodbyes or for celebrations like birthdays or graduations.

Be warned: Refusing or throwing away a lei is a sign of incredible disrespect. The garment is a symbol of love and friendship and should be treated accordingly.

At an early age, Padaung women start wearing a small metal coil around their neck which they gradually replace with larger coils as they get older. Though this creates the illusion of a longer neck, the weight of the rings actually deform the collarbone, pushing it down to create the appearance of an elongated neck. 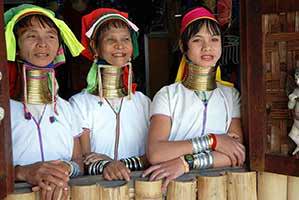 Kayan neck rings are worn at an early age.

There is some debate about the origin of this fashion trend. Some believe it was a way to ward off slave traders or prevent marriage outside of the group, but many also believe it is simply motivated by cultural ideas of beauty.

Pashmina shawls or scarves are made from a very specific type of cashmere wool. The wool itself comes from goats who have adapted thick coats to survive winters in the high altitudes of the Himalayas, leading to a very warm, very soft garment.

Wool from Pashmina goats in Kashmir turn into the beautiful scarves on the right.

Wool shawls from Kashmir are mentioned in Afghan texts as early as the 3rd century BC. They had been manufactured in Kashmir and Nepal for thousands of years before a Kashmiri ruler helped create the cashmere wool industry in the 15th century.

While they've been popular on the Indian subcontinent for centuries, the garments took off in the Western world in the ‘90s, when they became so popular around the world that it was nearly impossible to meet the demands. This led to the rise of knock-off products that used lower quality cashmere, but kept the pashmina name.

The keffiyeh started as an Arabian garment to help prevent against the harsh arid environment of the Middle East. It has since evolved into three distinct garments based on material, color, and location: the keffiyeh, the shemagh, and the ghutrah. It can either be worn around the shoulders or as a headdress, depending on the use and circumstances. 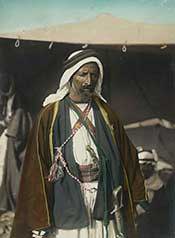 Here the keffiyeh is worn on the head instead of the neck.

One of the most notable events for the keffiyeh was the use of a black and white version as a national symbol for Palestine during the Arab Revolt. They have since become a part of military uniforms for many countries, particularly when troops are deployed in desert environments.

These metal rings were most notable with the Celtic culture during the Iron Age. Though they could also take the form of bracelets, torcs were most commonly worn around the neck. Typically made of gold or bronze, the torcs are often considered some of the most valuable art the Celts produced. 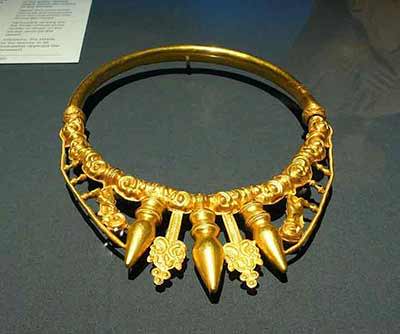 Though they could also take the form of bracelets, torcs were most commonly worn around the neck.

Though the official purpose of the torc is unknown, speculation suggests they had religious value, were a demonstration of wealth, or were even used as an intimidation factor for Celtic warriors. When the accessory was picked up by the Romans, they used torcs to award their most distinguished soldiers.

They were also likely an indication of status as they often required a significant amount of effort to create.

During the Elizabethan period, the ruff, a collar-like garment, was worn by men, women, and children to allow more traditional clothes to be better maintained. 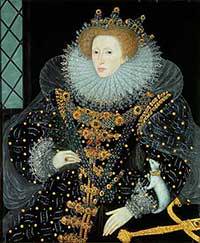 Shakespeare and Queen Elizabeth are among the most famous ruff wearers.

Varying in both size and color, ruffs are comparable to socks: they served a practical purpose, but ultimately took on a fashion of their own. You could likely tell a poor man from a rich man based on their ruff, with the rich likely to have more decorative and expensive pieces.

Though ruffs are incredibly uncommon today, they are still popular in Danish churches where they’re worn by bishops and ministers.

TieMart is an online retailer of men’s neckties, bow ties and other accessories. A wide selection of pattern ties are available at TieMart, including popular paisley ties for weddings, traditional plaid ties for the office and collegiate two-color striped ties for graduation or school uniforms. And, yes, if you really want to put your face on a tie, it’s possible with a custom photo tie. TieMart ties are affordable and ship quickly from their Midwest location.