A History Of Wedding Traditions

the Wedding Guide by TieMart 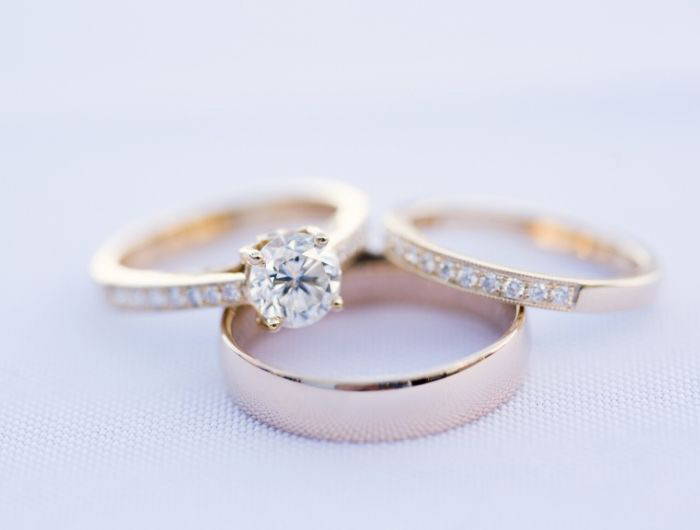 When it comes to traditions, weddings have A LOT. Whether we follow these traditions for family, cultural or religious purposes, one thing remains the same: They started long before us. But have you ever wondered how these traditions began? Why do we wear wedding rings on the fourth finger of the left hand? Or why does the groom carry his new bride across the threshold? Stop wondering and keep reading.

It all begins with the engagement ring, placed on the fourth finger of the left hand. The ring is placed on this finger because it was once thought that this finger had a vein that led directly to the heart. Today, when the wedding band is added to the bride's finger, she wears this band "closest to her heart," meaning on the inside.

We all know the saying. On her wedding day, a bride should wear "something old, something new, something borrowed, something blue." (And sometimes a silver sixpence in her shoe.) This rhyme dates back to English folklore. The something old represents the bride's past. Something new symbolizes the couple's future; representing happiness, purity and love. Next is something borrowed. This item should come from someone who is happily married with hopes that the item will bring the new bride good fortune. Something blue stands for love and fidelity. Less traditional in the United States, the sixpence in the shoe represents wealth and prosperity.

The Veil, Bridesmaids And Groomsmen

Today, veils are worn to symbolize the purity of the bride. But this is not where the tradition began. The Romans believed that evil spirits were jealous of the bride and her happiness, so a veil was worn to cover her face as a disguise. The bridesmaids and groomsmen would dress identical to the bride and groom and stand next to them at the alter to confuse the evil spirits and leave the couple unharmed.

The Romans believe evil spirits were jealous of the bride, so a veil was worn as a disguise.

Here comes the bride all dressed in white… But wait, why white? Before the 1840s, the bride was married in her best dress. Blue, pink, solid or patterned, it didn't matter as long as it was the nicest dress the bride owned. It wasn’t until 1840, when Queen Victoria was married wearing a white dress, that the trend started.

During a Christian wedding ceremony, it is common practice for the bride to stand to the left of the groom. This tradition has carried on from the days of marriage by capture (see best man below for more on that). The groom would need his right hand free to hold his sword and defend his bride from other suitors. Nothing like having your bride kidnapped right before the I do's!

Today, being the best man is an honor. You're the groom's closest friend or brother. The best of his best. You'll plan an epic bachelor party, stand by his side at the ceremony and give a legendary best man's speech at the reception.

Dating back to Germanic Goths, the best man may not have been the groom's closest friend, but he was the best with a sword. During this time, the groom was expected to marry within his community. When the bride-to-groom ratio did not favor the groom, he and his best man would instead kidnap a female from a nearby community. (This is where the "being the best with the sword" part was useful.) The best man would bring the bride to the ceremony and ensure her family and/or other suitors did not interrupt. Well, that tradition has changed…

The tradition of wedding cake dates back to ancient Rome. Bread, baked with wheat and barley, was broken over the bride's head to symbolize nature and fertility. (Yep, the guests still ate the broken pieces. It was good luck to eat those crumbs!) The bread eventually evolved to sweeter breads, buns and mince pies, until becoming the sweet treat we know today.

In ancient Rome, bread was broken over the bride's head to symbolize nature and fertility. The guests at the crumbs for good luck.

But why a tiered cake? Tiered cakes actually come from a game played between the bride and groom. In medieval England, a pile of sweet buns would be stacked and the groom would try to kiss the bride over the pile without knocking it over. Succeeding ensured the couple would have lots of children.

Pre-1920s, cakes in the United States were decorated with small items like flowers or trinkets that represented the bride and groom. It wasn't until the 1920s that cake toppers evolved to the bride and groom figurines we know today, although it really took until the 1950s for this tradition to be common practice.

Like something out of a movie, the wedding (and honeymoon) is over when the bride and groom arrive home and the groom sweeps his new bride off her feet and carries her across the threshold. This tradition goes back to medieval Europe. It was believed that evil spirits would follow the bride home, so to protect her the groom had to carry her across the threshold. Keeping the evil spirits from entering the home ensures the bride and groom can live happily ever after.

TieMart offers budget-friendly wedding ties in a huge range of colors and patterns. You'll find accessories for your entire wedding party, from the groom and groomsmen to the ring bearer and father of the bride. Match your wedding colors by requesting free fabric color swatches today. 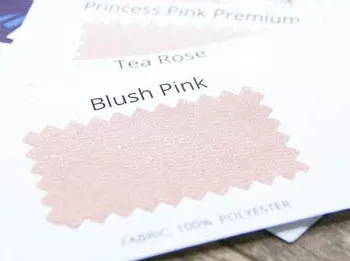 See tie colors in person before you buy with free fabric color swatches.

We are a family-run tie company based in Illinois. We've been in the biz since the late 90s, and have helped thousands of couples find the perfect wedding ties and accessories for their big day. Our Wedding Guide is our lil spot on the web to share that knowledge with you.